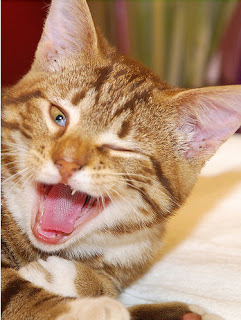 Siddarth (we will call him Siddhu) had nothing with him when he was thrown out of his room except for a spare set of clothes, a tooth brush,a razor,a cake of soap and odd personal things in a worn out cloth bag. He had not paid the room rent for six months. It was not that he wanted to deceive the landlord but he had no income when his company folded up one day without notice and he was left jobless. His immediate concern was to find a roof over his head for the night. He had luckily a few hundreds hidden in his undergarment that will see him through for a few days.

He walked the whole day long on the streets of the small town looking for a place to stay. In a few places they had a room to let out but needed a downright advance of a few thousands of rupees. As he was losing hope with only the town bus stand as the possible alternative, he saw a tolet board hanging on the gate of an old house. He was virtually on the outskirts of the town that was thinly populated.He opened the creaking gate to find the front lawn in total neglect with weeds all over and dead leaves from the overhead trees strewn all over. There was little evidence of habitation. Nevertheless he went in and pressed the bell. When there was no response he knocked on the door hard. He peeped through a window to find the interior also unclean with no evidence of inmates. When he was about to give up and turn back, he heard the sound of the door being opened.

An old man with a long white robe that almost covered his legs appeared. He had a pale face, a long white beard that looked as having never seen a brush and whose age could not be guessed.His eyes, though sunk deep seemed sharp of seeing through one’s body, sent shivers to Siddhu. He was not invited inside.

”What do you want, young man’ the old man asked in a squeaky tone that was almost a whisper.

“I saw the tolet sign. I need a room immediately” Siddhu said

“Have a look at the outhouse but tell me beforehand whether you are single.The place is not available for those who bring girls for the night”

“That is ok. I am single and have no girl friend though I don’t see any reason for this condition.Can we see the place?” Siddhu asked

The old man gave him the key for the out house.”You go and have a look. It may be dark because of many trees hiding sunlight.You can switch on the light” He added with a laugh that was scary from his toothless mouth “Remember no girls.”

The outhouse consisting of a big room kitchenette and toilet looked as dirty as the main house. It was dark and he switched on the only light that was not bright. He found a broom in the corner and cleaned feverishly the place. The cot had a mattress but no sheets. It didn’t matter to him. He decided to take it although he was not comfortable with the spooky ambience. May be in day time things may appear different, he thought to himself.

When he went to the main house the old man was not seen .The door was closed. All lights were switched off. He knocked several times but there was no response. He was tired by the walk all day long and his limbs begged him for rest. He went back and hit the bed. He was dead tired that he fell asleep soon.

Some where there was the distant chime of 12’O clock. Siddhu woke up with a start. He could not sleep. He felt he heard some sound from the kitchenette. The door was locked and there was no chance of anyone entering, he thought. Suddenly he felt that someone was walking past him brushing him. There was the smell of fresh jasmine flowers. He stood up in fright and reached for the switch.He was sweating with goosebumps. But the light strangely did not burn. He turned the switch up and down many times to no avail. As he felt two hands clasp his neck, he tried to scream but there was no sound emanating from his voice. He could feel the breath and the fragrance of flowers closeby as the pressure on the neck increased. He could remember no more as he fainted.
The day had broken. There was a small cluster of people outside the old house with men and women standing at a safe distance from the gate. Two policemen were seen near the outhouse. An ambulance and a police vehicle stood outside. Someone with a squint was telling his eager listeners “This is the second instance of unnatural death in this vacant house. One happened about six months back”

“What could be the reason? Was it a murder? Is there anyone living in the main house? How did the young man gain entrance to out house?”asked one bystander

“I cannot answer all your queries. But this much I know. An old man and his young daughter were living here. I have heard that the daughter had fallen in love in with a young man to whom the out house was let out. It appeared he promised to marry her soon and they were on very intimate terms. When she came back from a trip to outstation earlier than scheduled, she found to her consternation and shock the young man with another woman in compromising position. She turned bitter against all men and committed suicide within a fortnight unable to bear the treachery especially when she was carrying his child. The young lover strangely was found dead after a month of the suicide with no external injuries.there was no evidence of murder.” explained the squint eyed man.

“Where is the old man?” asked another.

“God knows.People say that he became soft in his head after his daughter’s demise and was seen asking young men who came to him for the room whether they had girl friends evidenly unhappy with such men whom he thought betrayed the girls. I haven’t seen him here for long. May be he is also dead.”
Posted by KParthasarathi at 10:55 AM 19 comments: 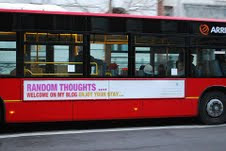 Girish was held up in the office with some pressing work.It was 830pm when he took the bus for home.Luckily the bus was almost empty and he got a seat to sit.There was none by his side.It was a long journey home that would take an hour.He reclined in his seat and closed his eyes.He could not sleep as the passengers in the seat just behind were talking in whisper but was clearly audible to Girish.He tried to ignore till he found the whispers were romantic in tone and content.He peeped thro the opening between the two seats and saw who the passengers were.He got a shock of his life when he found Sanjana, his best buddy Gopal’s sister, sitting close to some young man.He was less than thrity and looked quite handsome.Girish did not like it.He sharpened his ears and started listening carefully to the conversation.

Man: “Sanju, we cannot continue like this finding time to be together only during lunch break and bus journey back.Only rarely do we get the time to enjoy. We must find a way out”
Sanjana:” I agree but what can I do, Mukul.Even now I go late waiting for you to start from office and my parents keep asking me why I take so much time when the office closes at 6 pm.I bluff them daily that some extra work was there or the bus did not come.”
Mukul:” Sanju, why don’t you tell your parents that you love me and that you would marry only me.Am I not well qualified and decently employed? True I belong to a different caste.But does it really matter? Tell them finally of your decision or should I talk to your brother?”
Sanjana:”My brother has no voice.He will complicate matters.Don’t tell him.I have a younger sister.My parents will not allow me to marry outside the caste fearing her marriage would be delayed.They will not agree, I am sure.I have no option except to remain a spinster or commit suicide.I cannot think of marrying anyone other than you.We are in deep love and have been very intimate for nearly a year.”
Girish was shocked at the revelation that his friennd’s sister has been secretly loving someone and is on very intimate terms too.He felt that he must break the news to Gopal in time.He decided to follow the conversation keenly and did not get down at his regular stop.
Mukul:”What crap are you talking about, remain a spinster or commit suicide to enable your sister marry? Your sister wil get married even if you marry outside your religion.Who cares for such things these days? I wll tell you one thing. Let us not wait for their approval.Let us elope and get married in a temple.We can take a transfer to another city and live happily.”
Sanjana: “I am terribly afraid, Mukul, though I like to be with you for ever.”
Mukul:” What is there to be afraid of?.We are not doing anything illegal..We are both unmarried and major.We don’t need anybody’s permission to marry though would be happy with elders blessings. Do not carry any money or jewels from your house .I can take care of you.Let us apply for long leave tomorrow and in the afternoon go to a nearby temple town and marry .We can buy dress and all the other things we may need on the way.We will stay in a hotel for a few days till we get the transfer and settle down.I have enough money .Do not worry.I will never let you down.We can register our marriage soon thereafter.Trust me.Will you?”
Sanjana:”OK Mukul.I agree.I am in deep love with you and cannot think of any other way.I only pray and wish my parents would get reconciled to our marriage in due course and bless us.”
Mukul:” You are a sensible girl.Give me your hand.Our stop has come.”
Girish saw both of them getting down. He felt his head would break if he did not convey the news to Gopal immediately.He got down at the next stop and rang up Gopal on his mobile.
“Gopal, Girish here.I have something very important and urgent to tell you.Are you in a position to listen carefully?”
“Girish, what is the matter.Tell me I am all ears” Gopal said
“I was travelling in the bus from my office.I saw Sanjana sitting in the back seat with another young man talking very intimately”
“What if, Girish? He may be her colleague.Don’t be always suspicious”replied Gopal
“You don’t allow me to complete.She and the young man are planning to elope tomorrow in the afternoon from their office to get married.I heard their plan”
Gopal asked “Was the young man tall and slighly bald with specs?”
“How do you know? Were you aware of their secret love already?”asked Girish
Gopal laughed uncontrollably to the chagrin of a perplexed Girish.Finally Gopal said“Listen, you silly fellow.They are acting in a drama in characters that are eloping.They do not have time for rehearsal and do it daily in the bus on their way home.I know Mukul, a nice chap. Even if they marry they would have our blessings.Go and sleep in peace.Stop eavesdropping in others whispers” chided Gopal gently.

Posted by KParthasarathi at 12:21 PM 9 comments: