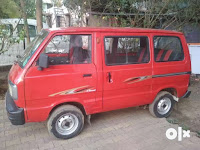 Posted by KParthasarathi at 6:43 AM 23 comments:

It was a small town in Northern India. It was getting dark and there was a mild drizzle. Savitri with her two-year-old girl on her arms knocked the door of a nondescript house twice. She was around twenty-seven and looked younger for her age. There was no response. She knocked again a little forcefully. She worried that this not going to be as smooth as she expected. It took long time for the door to open. She saw the tall figure of the man with an unshaven face and drooping muschtache looking at her quizzically as if wondering why she was there.
“What do you want? Why have you come here?” he asked in a voice bereft of emotion. There was no trace of warmth in his tone or any smile on his face. It was wooden.
“I have your pothi (granddaughter) with me here. I have no place to go.”
“Yes, I heard that Manoj had been killed in the skirmish at the border. The Sarkar should have given you enough money. Go to your folks. Why do you come here when you have not cared to visit us all these four years?”
“It is not my fault that Manoj kept away from you people for his own grouse, “she replied. "I have no one on my side. She is your granddaughter after all.”
He looked straight in her eyes and said in measured and icy tone that cut her heart rapier like,” You are not wanted here. He married you against our wishes and from that day we had washed our hands off him. The girl in your arm is nobody to us. You say she is my pothi (granddaughter). Who knows the veracity of your word?”
She was shocked to see Manoj’s mother keeping mum at this blasphemous and veiled accusation. She hung her head in shame and cried inconsolably even as the little girl tried to wipe the tears of her cheeks. She became numb at this cruel barb searching for words to answer. She knew that her father-in-law will neither understand nor accept if she had said that she was always advising Manoj to patch up with his parents and forgive their anger in throwing him out. He would not listen and swear in response that he would have no truck with them. He always said that he loved only one in that family and it was his younger brother.
“I have no place to go. I am young and cannot stay alone without harm coming to me. I have this girl who is your granddaughter. I swear upon that. Please allow me to stay here. I will be a slave in this house. Please; I beg you, not to throw me out. I will contribute a portion of my pension to the family. Kindly permit me to reside here. I want my child to grow in the comfort and security of a home.”
“No,” he bellowed. “You have no place here. Get out before I throw you out of the compound. I don’t care what happens to you or your ill- gotten child.” The woman by his side with a stony face did not budge her little finger.
“Stop this nonsense. I have been hearing all your blabber all this time to see to what extent you two are depraved. I will not let down my bhabi and the child. I know Manoj meant no ill will for you both till you treated him shabbily. What he did was right and I would have done the same” roared Neeraj her devar , the younger brother of Manoj
The shocked old man shouted back” Will you dare go against our wishes. I will throw you also out without a penny. Do remember that.”
“To hell with your money. If bhabi is willing I will marry her as is our custom, and take care of both for life. We are walking out of this wretched place this moment once and for all,” he said with a finality.
Dazed as she was, Savitri clasped the extended hand of Neeraj and moved towards the gate even as the old couple were rendered speechless at the sudden turn of events.

The small world of Sita