.My father a lawyer by profession spent major part of his time on astrology. Most of the folks in our village and nearby places used to approach him with horoscopes of their offspring  for checking compatibility with those of prospective spouses’ or for choosing an auspicious date for starting a venture, building a house and such like. I was born the second among two sons and a daughter the youngest.
This story is not about my family but how my dad’s faith in horoscope affected me. Both the elder brother and sister are married and happily settled. I am 30, well qualified and employed earning a handsome salary. I am good in health, tall and a good looking man that female colleagues often linger to have small chat with me. Many young women have shown romantic inclinations that I would have gladly reciprocated but for the injunction put by dad on planetary considerations. He would not reveal what exactly the planets foretold except the vague reply that they were hostile to my wellbeing if I got married before 32. My prodding to be more specific yielded no response. My timid mother with a worried face would constantly be visiting temples and offering prayers.
I was also not keen about marriage and was busy moving up in the career till I was recently drawn to a colleague, Karthika. We meet almost daily and very often go out to restaurants and movies. She obliquely pointed one day to my single status and asked me with a mischievous twinkle in her eyes whether I was waiting for the right woman to come across.
“No, I have found her already and spend quite some time with her daily in office and restaurants” I said with a wink
“Then what holds you in proposing to her? May be she is waiting for you to take the first step” she said with a smile.
It was then I confided to her my dad’s objection on astrological grounds and that I was waiting to cross the doomsday before I commit to the lady whom I love.
“My God, do you decide on important matters of your life from the few squares of a horoscope. I thought you are modern and just cannot believe that you are an old hat,” she said with some disappointment.
“Not like that. I just do not wish to displease my dad or make fun of his beliefs and more importantly I had not met my lady till recently,” he said with a twinkle.
“Now that you have found your ladylove, you should have no difficulty in taking things forward”
“True, but I must also tell you that my brother one day in a moment of weakness confided that there are strong indications in my kundli that my life would come to an abrupt end before I am 32 and that was the reason dad was not inclined to jeopardize some young woman’s life. I also saw the logic in it.”
“What nonsense? Do you believe in all these balderdash?”
“Okay, let me ask you a question? Would you marry someone who is predicted though unscientifically to die in two years? Would you not fear every moment? You are no Savitri of mythology to bring back dead” he countered her
“I would willingly and enthusiastically jump at the offer. I have no faith in all these hokum. Even if something happens, I would not attribute to the horoscope”Kartika replied
“Wow, would you marry me then?”
“Where did I say I would marry you? Ask me directly and propose formally” she said with a beaming smile
As I made a formal gesture by bending my knee and extending my arm, both broke into laughter.”Tell me seriously how to go about it. Frankly I cannot wait for two years. But I am also afraid what if the prediction comes true?” I said
“Okay, I have a spark. What if I ask my dad to take my horoscope to your dad for reading my future, and specifically the longevity of my would be spouse. I am free with my dad and have already told him obliquely that our love is in initial stages. He also like me does not set much store by astrology. He would certainly not talk about you”
A week later Kartika showed her thumbs up when she entered my cabin and said “As per your dad’s reading of my horoscope, nothing can stop our getting wedded. He has written in his own hand that I would be happily married for long, hold your breath, with four children.  Shed your fear. If you marry me, you should live to minimum 40 to get four kids even at the earliest.”
“What shall we do now?” I asked wondering at her ability to checkmate my dad.
“Let us fix a convenient day at the earliest and get our marriage registered, solemnized in a temple and present a fait accompli to your dad. What do you say?”
Forgetting it was office, I said "done" and hugged her tightly even as she smothered me with smooches.

Tring, tring, tring… the phone rang. There was a long gap before Sanjay heard Sheela’s voice.
“Sheelu, were you sleeping or what?”
“No, I was in the living room watching a serial. The phone was in bedroom. How come you rang me now? This is not your usual time. What is the matter?”
“Hold your breath. I have a big surprise for you. But I will not tell you now. You have to wait. I will be late and be at home only at 9pm”
“No, no you must tell me right away.  What is the big surprise? I cannot wait that long, Sanju dear, please” pleaded Sheelu
“Sorry, Sheelu. You wrack your brain till I come in the late evening. But I promise you it will be an exciting thing.Byebye”
Sanjay disconnected the phone. He did not tell her about the official trip to Singapore next day morning for a week. He had arranged to take her along too. He wished to reach home within an hour to get their things packed. He wished to plunge her totally in surprise.
Within 45 minutes he was in the lift of his fifth floor apartment in his building. He slowly opened the door with his key and walked in softly. She was not in drawing hall. He wanted to hug her from behind before sharing the happy news. He peeped into the kitchen and she was not there. The bed room was closed and locked from inside. He went near the door and whistled softly. There was some silence and then there was a noise of running water from inside. He put his ear on the door and heard nothing. Worried, he looked around and saw a shirt on the sofa and pair of shoes beneath it. He realized something was amiss.
Sanjay came back to the bedroom and tapped the door repeatedly shouting “Sheelu, Sanju here. Why have you locked the door? Who else is there? Any problem? Open it quickly.
He now banged the door furiously like a mad man suspecting something worse.”Could it be Sheelu is unfaithful? Was he foolish in trusting her blindly?” he thought for a moment but dismissed the idea immediately. She is such a loving wife. But what about the tell tale evidence of shirt, shoes and the locked bedroom with no response, he wondered.
He searched the house and brought a cricket bat to break open the door possessed as he was in insane rage. He hit the door hard with the bat.
It was then he heard the click of the front door opening. He turned to see Sheela coming in with several bags of grocery, fruits and vegetables in her hand. She was surprised to see him at this hour and exclaimed “Sanju, how is it you are here now? You told me that you would come late in the evening”
“Never mind that. Tell me first who is in the bedroom? Whoever is there, he is not answering despite my calling your name and banging the door. I see his shirt and shoes at the sofa” he asked irascibly.
She broke into uncontrollable peals of laughter and amidst them she managed to say “Wait, he will come out soon? Did you suspect a secret lover or what? Fie on you then”
Sheela’s aged dad came out asking “Sheelu, where is my hearing aid? I must have left it in my shirt pocket before going for shower.”
Sanjay smiled at Sheela sheepishly in total embarrassment and said sorry. She was not easily mollified and snapped back, “I never knew you had such a filthy mind. I hate you. I have been asking you to get the WC in the other bathroom fixed? It is not flushing since a week. Dad had some unexpected work at the high court. He dropped in to see me and will be leaving presently by evening flight to Bangalore.”
“Let me talk to your dad for a minute. Please go to bedroom. I have something urgent to tell you”
After exchanging pleasantries with his father-in-law, he went to the bedroom and hugged her before telling her about their Singapore trip the early next morning.”I am sorry but this is a small recompense for my foolishness” he said.


Sheela in turn embraced him tightly at the unexpected and happy denouement
Posted by KParthasarathi at 1:25 PM 9 comments:

A bolt from the blue 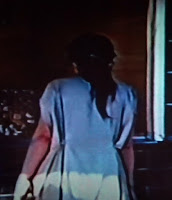 Posted by KParthasarathi at 3:14 PM 15 comments: