The boy in the bus 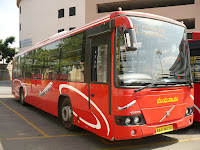 Koyambedu bus stand was humming with activity. My bus to Bangalore starts at 730 am. I virtually ran to get into the bus at the nick of the time. I found a young boy of 11 years sitting on the window seat that was earmarked for me. I did not mind though he made no request for switching the seat. I deposited my bag in the overhead cabin before sitting on the aisle seat. He was in shorts and a colourful T shirt. He was busy watching through the window the vast array of buses and passengers with bags rushing to them.
When he turned to look at me, I smiled and asked him, “Are you travelling to Bangalore alone?”
He nodded his head and said to my surprise, “Can I sit in the window seat. I like watching the small towns and villages.”
I was happy that he sought my permission and said, “You can sit. What is your name? Do you belong to Bangalore?”
“No, I live in Chennai. My name is Rishab.” he said and started looking out.
“Do you like cricket?” I asked and he vigorously nodded his head in affirmative.
Intrigued by the fact it was mid-week and there was no vacation, I asked him, “Do you have relatives there? Which part of Bangalore you are going to?”
When he kept silent, I prodded him telling that he had not answered my question.
He looked at my face and said calmly without any emotion,” I have no one there. I do not know where I will be going at Bangalore.”
Why would a boy go to a place where no one known to him was there unless he was running away from home, I thought?
“Are you running away from your home?” I asked bluntly. “It is dangerous to be alone at an unknown city. Where did you get the money for buying the ticket in this Volvo bus? Tell me the truth. I am worried about you.” I asked in disbelief.
He did not answer.” Alright we can continue the conversation after breakfast,” I said. The bus stopped at a way side restaurant. “Come along, we will have our breakfast,” I said and when he did not get up, I pulled him up and said, “Do not bother about money.”
The boy was relaxed after the breakfast and in a mood to talk. I did not pursue the conversation wantonly for some time. After one hour, I told him, “I want you to be truthful. Why did you run away from home? What is the problem? Your parents must be worried now about you. Did you fail in your class?”
“No, I ran away. I did not want to stay there any longer. I am not happy there. My father keeps touring for large part of the month and hardly talks to me when in station. My step mother though not cruel is disinterested and busy with her friends and social circle.,” he replied.
“You are foolish. The world outside is wicked and very soon without any protection of home, you will be thick in all vicious activities,” I warned him. “Where do you intend going to at Bangalore? I hope not live at the station as another rag-picker?”
“Malleswaram.One of my friends, Shammanna, lives there. We studied together till last year.”
“Do you know where he lives in Malleswaram or the name of his father?”
He kept mum as he had no answer.
“Do not worry. After we reach Bangalore, I will talk to your father. Do not be scared. I will ensure no harm comes to you. You can stay with me.
I felt sultry despite the cool bus and was restless by the thought a young child driven to such foolish step by uncaring parents.
“It is hot. Have this fruit juice,” I offered one of the two I took from my bag. Sleep for a while till the bus stops for lunch.”
It was almost 2pm when the bus entered the Central bus stand opposite Bangalore city station. As we alighted from the bus stop, I heard a voice hailing the boy by a loud “Rishab”.I saw an elderly gentleman in silk kurta and dhoti along with his wife in silk sari with a driver in white uniform. They looked affluent.
The boy turned in that direction and shouted aloud,” Thatha, Patti, one second, I will be with you with my bag.”
“How was your first bus trip alone? Your mom rang me up at least half a dozen times enquiring whether you had reached safely,” his grandpa said and turning to driver asked him to take the bag from the boy.
Pointing at me, the boy said “Thatha, this uncle who was seated by my side was very nice and concerned asking me lot of caring questions and bought for me my breakfast snacks and fruit juice. He gave me window seat,” and added as if to assuage me,“Amma had specifically asked me not to talk to strangers and give personal details.”
Shocked and in disbelief, I saw the boy walking along with his grandparents towards the big Toyota till he shouted with a mischievous wink from a distance,” Thank you uncle for all the help. I am going to Malleswaram.”

Posted by KParthasarathi at 7:28 PM 19 comments:

Paid back in the same coin 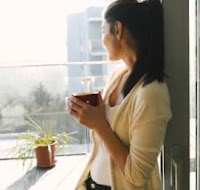 Ammanji and his mysterious box

(Written in 2009,most of my readers would not have read this story)
I was a young boy then studying in school. I came home daily for my lunch as the school was very close by. One afternoon when I came home, I saw my mother in tears. She asked me to accompany her to my grandfather’s house a few miles away. When I asked her why she was crying, she said “You know ammanji (maternal uncle’s son) at my father’s place. He died last night and the cremation will take place in a few hours. I am going there now and you must accompany me.”
I said “Yes, I don’t know much of him except that he munched raw arecanut often and had stacked in his almirah carpenter’s kit, cobbler’s equipment besides an old wooden box. I shall come.” I was happy to play truant from school
I have seen him many times whenever I visited my grandpa’s place. A frail and short man with thick glasses, he wore a button less white upper garment that was neither a vest nor a shirt. He was no real cousin of my grandpa, presumably a distant relative. He had lost his wife several years ago and had no children. He had none to look after him in his old days. My grandpa who was well off with a sprawling big house with many servants persuaded his relative to stay with him. He was treated like any other family member with dignity and lot of respect. None knew how he was related to grandpa and yet everyone called him ammanji. He had worked as a teacher in a local school and was known for his high proficiency in English language. A voracious reader of English fiction with books usually from a local library, he was generally very reticent and yet when he spoke he made everyone laugh with his witticisms. An addict to arecanuts, I suspected he had not much income, except for his few daily needs. I must confide in you that I was never drawn to him and even feared him possibly his features reminding me of a bull dog. In fairness, I must admit he smiled at me whenever I was face to face with him. He used to give me round mint peppermints in white colour that tasted sweeter if you drank water after you had consumed them.
I remembered very well that he had a small almirah on the wall for his use. There was an old small wooden box in his almirah that he rarely took out in the presence of others. But we, the young boys who lived in that house, knew he opened it daily twice, once in the morning and again in the evening peering into it for a few minutes. Whenever I was in my grandpa’s place, it used to be a pastime for me to try to discover what he was shielding from the prying eyes of others. Try as we did, we never succeeded. It was always kept locked with the key tied to his thread across his shoulder and body. We boys used to surmise that it contained some valuable stuff like gold jewellery of his wife or currency. One roguish boy in his adolescence felt it could contain love letters. I mentioned about this strange habit of ammanji once to my uncle hoping that he would help us in resolving the mystery. Instead he rebuked me for my inquisitiveness in other’s personal matters and sternly asked me to cultivate good behaviour.
Memories flashed through my mind of the arecanut, the mint peppermints and the mysterious wooden box as I went along with my mother to grandpa’s house. Everyone at grandpa’s house was sad as if their close relative had passed away. My grandpa, whom I have always known as a strong personality, was in uncontrollable tears. Many elders and ammanji’s former students had assembled and were heard praising him for his pedagogic skill and his other virtuous qualities.
It was after about ten days when I had accompanied my mom again for some concluding day function, the topic of his mysterious box came up for discussion. My grandpa had the box brought by one of my uncles and he opened it with the key he had retrieved from his relative’s body. Everyone including uncles, aunts, my mom, cousins rushed to grand pa’s side to have a look at its contents. To their great disappointment, it was empty except for a few coins, a book of Bhagwat Gita and an old post card size black and white faded photo that had gone pale and brown by passage of time. My grandpa rubbed his eyes that had gone misty when he saw it and mumbled,” Ammanji and his wife.”

Posted by KParthasarathi at 1:53 PM 23 comments: 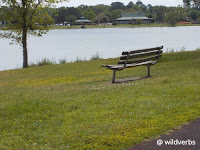 “Will you marry me, Renu” asked Kamesh
“What will you give me, if I say yes?” giggled Renu
“I will give you even my life for your hand.”
“Let us make the day memorable. Can we row in a boat for some distance?”
“The sky is overcast but I don’t want to disappoint you. Let us make it quick, Renu”
Facing each other with their legs intertwined, the lovers rowed laughing and singing romantic songs.
Suddenly she screamed in fear when she saw a cobra crawling towards them.
Kamesh turned to see the reptile and shouted, “Jump immediately with lifebelt and swim to shore.”
“What about you? There is only one lifebelt,” she asked as she jumped.
“Be quick. I will swim and join you.”
She paddled with her hands to reach the shore just when it started raining and turned dark.
Narrowing her eyes, she was peering into the lake even after an hour for any sign of Kamesh.
It struck her suddenly his telling her long back about his wish to learn swimming.(175)

FFFAW Challenge-177th'
This post is written for the 177th picture prompt in Flash Fiction for Aspiring Writers. The challenge is to write a piece of fiction within 100-175 words based on a photo prompt. Thanks to Priceless Joy for hosting this challenge.

I love you dear grandpa

Posted by KParthasarathi at 6:38 PM 26 comments: