A rendezvous with ghosts

It was a large green lawn with colourful flower plants encircling it. The line of full grown trees at regular intervals on the periphery provided cool shade, though after 4 pm they made the place somewhat dark. Arogyasami enjoyed the scenic beauty daily sitting on the bench and often lost in thought on his many problems and a few happy memories, sometimes frowning and sometimes smiling. The frequent cool breeze laden with the scent of flowers made the place a happy hangout. He preferred to be alone but some days other people came to the lawn like him. Even when there were several benches, it irked him they always chose his bench to crowd together.
Today he had come earlier than usual and luckily there were none in the lawn. The sky was overcast and the place seemed darker than usual. He saw with interest a little yonder an overgrown squirrel struggling repeatedly to break a hard nut with its teeth when abruptly it dropped the nut and hurried into a bush as if it sensed danger. Wondering why it ran away, he saw to his horror a creepy figure that seemed like a bent human form flailing its arms and covered in black rushing towards the bush. It was just about 20 feet away. He crossed his chest with his fingers. Arogyasami strained his eyes hard into the darkness and saw the figure moving quickly towards him. Even as he wished to run away, his legs froze in fear and he fainted.
When he became conscious and opened his eyes, he saw three persons bent over him with their faces breaking into large smile and exclaiming, “He is alive.”
“What happened to you?” one asked and added, “You look as if you had met a devil.”
“True, I saw a ghost clad in black trying to catch a squirrel and failing in its attempt, it came after me. I could not see its face clearly but I will swear it was a wicked and violent ghost,” Arogyasami said somewhat recovered from the shock.
“All crap, why would a ghost catch a squirrel? There is no ghost here. I have been coming to this place for years and have never seen one or heard of such a thing. You must be hallucinating,” said Appadurai, a frail old man with a beak like nose.
“How could you say like this?” interrupted Rajappa, a tall and stodgy guy. I have heard that many people have committed suicide on these trees and their ghosts freely roam here, a few peaceful and most are harmful. They roam sometimes in white robes too not necessarily in black always. Many have died stricken by them or in fear. I am told nobody comes here after dark. In fact, I have myself encountered one such. It had grotesque misshapen features with hollow cheeks, toothless mouth and protruding tongue much longer than for us. It never walked on ground and caught me in a trice. I thought my heart would burst but summoning my nerve, I pleaded with it to leave me alone. It took a hard look at me and said with a weird smile that was scarier to look, “Sorry buddy, a case of mistaken identity. I am looking for one Appadurai who is responsible for my present state.”
The frail beak nosed guy turned pale and asked in shivering voice, “Did the ghost say Appadurai? I have never driven anyone to death.”
Arogyasami interrupted to say to Appadurai, “Ghosts never forget till they wreak their vengeance. I suggest you avoid this place for a few months. I have heard they have elephantine memory and haunt the place frequently. You are lucky to have escaped today.”
Gopanna, a short and stout guy, who was silent hitherto spoke at last, “I have personal experience with a ghost. I killed my neighbour who tried to misbehave with my wife when I was away. I came in the nick of time and hit him repeatedly with a hockey stick till he died. He said before he lost his consciousness,’ I will never let you go unpunished. Wherever I am, I will catch you and kill you.’ I spared my wife as she did no fault. I was let off by police. I have myself heard strange cries and noises at unearthly hours outside my house. We vacated the place. I am no more troubled.”
“You are lucky, “said Arogyasami.
It was already dark past 6pm on a wintry evening despite the dim lights on the lamp posts. It was then Appadurai screamed, “Turn behind and see. Three ghosts in white are rushing towards us. Let us run to safety,” even as the white figures closed in on them. Arogyasami fainted again. Appadurai started crying hoarsely while Gopanna tried to run. Rajappa stood still utterly confused.
When the three men in white uniform caught all the four, one of them shouted at them telling, “What are you doing here? You are all supposed to be in your cell by 6pm. Come along quietly or I will beat you blue.”
They followed the wardens meekly without demur to their cells in the mental asylum.

Posted by KParthasarathi at 7:57 AM 22 comments: 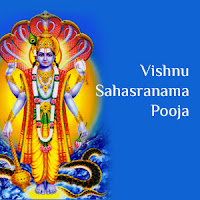 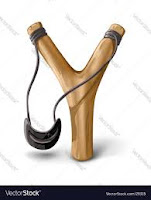 Pandian had come along with his three friends to explore the green dense forest on a Sunday afternoon and to spend time with nature to savour its raw beauty. He had heard there was a beautiful lake, clean and circular, surrounded by wild and colourful flower plants He wished to find it out and spend a few minutes. But his friends demurred telling it was getting dark. His enthusiasm overtook his caution and he went alone deeper inside after requesting them to wait for some time. Unfortunately, once inside every side looked alike and he lost his way and his friends. He tried to reach them through his mobile but the charge had drained.
It was only 4pm but it was pitch dark. He heard unusual and strange noises and he was particularly afraid of slithering reptiles. He was scared and started praying even as he kept moving into the maze looking for a  clearing or brightness of sunlight. Something soft and cool slightly rubbed on his cheek and he jumped startled that it could be a python from the overhead branch.He could see nothing and moved away quickly.
After several harrowing minutes when he lost all hopes of escape, he was happy to see an opening that was a little brighter. When he went near, he found to his great relief,an old man of indeterminable age sitting bare bodied under a tree. He was sitting with his legs crossed in Padmasana, had a flowing white beard and his eyes were closed obviously in meditation. He sat quietly before him waiting for him to open his eyes. Pandian was afraid to disturb lest he got angry and refused to help him find his way out. Minutes clicked past and it was almost an hour and he was still sitting before him when the weird noises around him grew shriller and louder. But, nothing seemed to wake the old man from his musing. When a fly sat on the edge of Pandian’s nostril he could not stop the loud sneeze despite his attempt to smother it. It was then the old man opened his eyes and surprisingly smiled at Pandian.
In a soft voice that was almost a whisper, he asked “Son, what are you doing here in this dense forest? It is a risky place to be here with crawling reptiles and roaming wild animals.”
Pandian prostrated before him and prayed “Swami, I lost my way here and could not find my friends with whom I had come. I am afraid I have strayed deep inside the jungle. Can you kindly help me get out of the forest?”
“I have not seen a human for several years this far into the forest ever since I came here as a young boy in search of meaning of life. I am not normally visible to others eyes. Lucky you could see me. I am pleased with you. Ask me three wishes and they would be fulfilled immediately.’
“My first wish is to be out of this jungle” he said
“”It will be done immediately. Express  your other two wishes” said the sage like person
“Swami, I love Swarna, my former college mate very much but she is not reciprocating. Can you please make her fall in love with me?” asked Pandian
“What is your third wish? Tell me now this moment before I become invisible to your eyes”
“Swami, I am so tired and exhausted after the walk all day that I can scarcely think and  I wish I had a sound sleep before telling my third wish,Pandian said unwittingly.
Everything was blank till Pandian  heard his mother’s shrill voice, “Pandia, why are you sleeping like Kumbakarnan. You said you have an interview today. Get up fast as it is already late.”
I leave it to the readers to wonder like Pandian whether his  wish about Swarna would materialise.

Posted by KParthasarathi at 7:40 AM 25 comments: