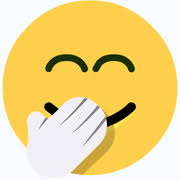 Kesava Marar dabbled in a small way in stock market. He did not have much resources to invest big. He used to spend some time on most days in a broking firm and make a few hundred buying and selling the same day. Some days he would lose also. One day when he decided to invest a tidy sum on what everyone thought was a blue chip stock that was expected to zoom, he felt he heard a wisp of laughter behind his back. He turned round to see none. A fortnight later the stock crashed when there was wide exposure in media about fudging of accounts of the company and the cases filed against management.
There was a long standing dispute in the court on an ancestral property and he had spent considerable money towards lawyer and court fee. Marar was told by his lawyer his case was very strong and that judgment was to be delivered that day. He left early morning for the district court in another town. As he entered the court precincts he felt he heard again the same old giggle behind his back. Startled he turned back to see none behind. There was a lump in his throat with a tinge of fear. He hurried inside as his name was called only to get the shock of his life when the court decided against him with costs to be paid to the other party. Even as the memory of the mild laughter came sharply in his mind, a rationalist he was, he chided himself for being superstitious.
He was already 28 and his aged mom pressurized him to marry. He had a permanent job and there was no reason to put it off. When he expressed his willingness, his mother went into raptures. Soon she found a good match for him. The bride Smita was good looking, more qualified than him and had a better job. Both liked each other and agreed to marry.
It was the wedding day and there was a huge crowd of relatives and friends. The auspicious time for tying the knot had arrived and the purohit started chanting the mantra in loud voice. Even as Marar with the mangal sutra in his hands neared the bride  to tie the knots, the nadaswara vidwan (piper) played the music briskly and loudly accompanied by melam(drum). The noise was ear shattering. As Marar bent to tie the knot amidst the smiling faces that surrounded him, the poor chap felt again that he distinctly heard twice the very same mild laughter despite the noise all around. His face became pale, he started perspiring heavily and his knees seemed to go limp with fear. Urged by the purohit, he tied the thread hastily with three knots amidst the cacophony of congratulations and greetings from those around. To the bewilderment of many, the smile had faded from his face and he looked ashen as if struck by a ghost. The bride looked at him with concern. Someone brought a Pepsi.
That night when they were together in the bedroom, the young wife asked him “Can I ask you one question?”
When he nodded, Smita asked “Why did your face turn pale and you started perspiring heavily when you bent to  tie the knot. Your face was grim with no smile at that happy moment? Are you not happy with me?”
He smiled at her with effort and said “It is nothing.”
When she prodded him further, he narrated the earlier two incidents and said “I thought I heard again today the vicious laughter not once but twice behind my back just as I bent to tie the knots. That put me off.”
Smita broke into laughter and teased him saying, “How naïve and superstitious you are? I know that case of that famous company and how in collusion with promoters the accounts were fudged to present a bright picture. Not only you, I had lost quite an amount along with my dad and many of my friends. Banish such superstitious thoughts of the giggle warning only you and not thousands of others.”
“What about the dismissal of my property case?” he asked
“The judges go by the facts of the case and concrete evidence. Where does the giggle you heard come to adversely change the case? I do not want a credulous and irrational village bumpkin for my husband. Promise me you will be a sensible and rational guy,” she remonstrated even as she embraced him running her hand on his head.
It was exactly a year later when he was anxiously waiting in the lounge, one nurse opened the door beckoning him inside. As he waited anxiously outside the delivery theatre, a glum looking nurse peeped out calling Marar.With no clue of what awaited him and with racing heart, he went in to see a smiling Smita with two babies, a girl and a boy.
Pleasantly surprised he went near the two babies to have a look when Smita teased him by telling, “Now I know why there were two giggles instead of the usual one behind your back as you bent to tie the knot.”

The case of a scared rabbit