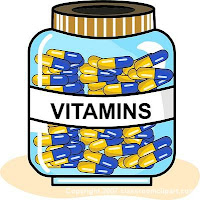 Posted by KParthasarathi at 9:51 AM 17 comments:

A bid to abort a suicide

While Lord Vishnu was reclining on the thousand hooded serpent Adisesha on the great ocean, a strange idea struck Him. Not one in a million is praying devoutly for His vision but  all only for some material benefits. Why not surprise the first human being He accosted by appearing in his presence in the form as He is generally perceived when He is least expected and grant him a boon? The word would spread around and many would start thinking of Him and wishing for His darshan (vision).
He then descended on the earth dressed in peetambaram yellow cloth with a crown, the wheel(Chakra), Sangha(conch), Gadha(Mace), Kundala (ear rings) and various gold ornaments studded with precious gems and adorned with garlands of flowers and sacred beads. It was around 8pm already dark in the desolate road of a small city. He chose to wait without getting into the crowded area. The halo around Him gave enough light and visibility for a passerby to see Him. There was a dim lamppost too.
It was by a stroke of luck that police constable Manickam had just finished his beat and was proceeding towards his home on this stretch. He could not believe his eyes when he saw the dazzling figure standing a little yonder. He rubbed his eyes to make sure what he saw was real and not an apparition. He hurried his steps swinging his baton vigorously to show his power.
Vishnu smiled at him beatifically and said “Hello”.
In his typical irreverent way, Manickam asked Him, “Who are you in disguise like a God? Are you from a drama or film troupe come out without changing the make up? What are you up to?”
“No, Manickam, I am real God. You are very fortunate to be the first person on whom I set my eyes in earth,” Vishnu answered with a smile that enhanced the beauty of His lotus like lips.
“Hey, what guts you have to address me by name? Even the hardened thug speaks to me with back bended and hands covering his mouth. I will put you in the lock up for impersonating God and duping people. Beware,” Manickam spoke in anger.
“Do not be foolish and waste your God sent chance. I have come here to give you one single item you want. Do not have any doubt about my identity. I am very much the real God. Don’t you see the halo around me? Ask me what you wish,” Vishnu replied.
“Are all the jewelry you are wearing made of gold or in cheap metal as we have in drama theater? Answer me first that point,” Manickam asked eyeing all the time what item would be best for his wife Anjali. He had never purchased even a gram of gold despite the money he made on side most of which goes for his booze.
“They are real made of 24 carat gold and the gems are all genuine. Choose what you want but remember only one item,” He said with an impish smile.

A though struck Manickam. What if this person is real God and should I be foolish to let go this rare chance? The gold belt on his waist is quite wide and should weigh heavily. He can even melt it and make enough jewels for his wife and daughters. As of now Anjali would look captivating with this gold waist belt even though she was a bit stodgy.
“Okay, I trust you.  I will take your waist belt for my wife, but If it turns out to be cheap metal, I would not hesitate for a moment to put you in lockup when I see you next. No one dares to cheat Manickam and go scot free,” Manickam said.
“Here is it. Take it home carefully hidden lest someone robs you. I hope you will remember me henceforth daily, “Vishnu said and disappeared instantly.
Manickam felt the waist belt heavy and gloated over his luck as he hurried home.
“My darling, come quickly and see what I have brought for you. You will look mesmerizingly beautiful in this gold belt that is four inches wide with many gems studded. Do not complain anymore that I do not love you. Come near me, sweetie, and I will tell you how I got it for you without anyone knowing about it,” said Manickam
The next moment there was a sledge hammer blow on his head and he heard his wife Anjali with her hands on her hips  screaming at the top of her voice, “You worthless two-timer, who cannot keep me happy all these years, want to give a golden belt to your darling lover.You are thinking of her even in your dream. How long this treachery has been going on behind my back. Who is that cheap woman you call your sweetie?Tell me now I will break her back.”
Poor Manickam rubbed his eyes as he got up from the bed aware that he had overslept and that a long day of haranguing awaits him.

Posted by KParthasarathi at 8:24 AM 23 comments:

A letter from lover 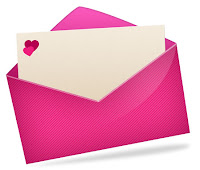 Deepika had sprained her neck and taken a day off. The pain was not unbearable and she was watching an Australian chef program, not that she was fond of cooking or in trying new recipe. The music was also playing from her mobile. She liked to eat out just like her husband Anirudh. They had similar tastes and were a loving couple. There was one point however they had different views. She wanted a child being married for three years and he wanted her to defer the plan and was also vague when would be the proper time.
It was then she heard the doorbell. It was the young security guard from Bihar who stood with an envelope in hand. He asked for Anirudh and when she told him that he would be late in coming, he handed over the letter with much hesitation. It was correctly addressed to Anirudh,312, Beach view apartments though his second name Sharma was omitted. There was an initial K at the left bottom. It was a plain envelope stapled to secure the content with a cursive female handwriting.
“Who gave this letter to you? It does not seem to be from post office or courier?” she asked.
“Madam, one lady came in a car and requested me to deliver the letter personally to him as she was in a hurry,” he replied.
“Did she say personally? Was she young or middle aged?” she asked.
“A young lady like you, madam, in jeans and T shirt,” he replied with unsolicited extra information.
As she entered her bedroom wondering who that K could be, there was a gentle perspiration. She switched on the AC and turned the envelope many times. When she smelt, she sensed a gentle fragrance of a perfume. This upset her. She got up from the bed and drank a glass of cool water. She walked up and down the room trying to recollect any known woman with name starting in K. None of her friends or the wives of his friends he brought home had such a name. His personal assistant was one Sulochana about whose shoddy work he always griped. She felt a creeping head ache.
Normally they do not open each other’s personal letters. But this stapled carelessly evidently carrying no confidential messages. After some hesitation, she opened the envelope taking care not to break the staple pin.
“Anirudh dear,
You had promised to visit me last evening. I was waiting eagerly for you after asking the maid to cook the dinner quickly and leave early. There was no call or message from you about any change in your program. Your phone was also switched off. It is more than a week since we met. Why do you punish me like this?
I had specifically requested the security chap at your gate to hand the letter personally in your hands. Please ring me immediately you see this.
Yours as always
Kavya”
Deepika could not believe what she read and an improbable treachery. This cannot be true as Anirudh loved her so much, a god fearing and a very decent guy not given to any vices. But she remembered that he came late one-day last week and went to bed without eating complaining tummy upset. Could this be the day he met her and was it the first time? She went for a painkiller and tranquilizer as her head was splitting with ache.
She rang up in vain many times his number and then through switchboard contacted his steno to be told that he was busy in a high level meeting. In anger she threw herself on the bed and skipped her lunch.
She must have dozed off till she felt someone shaking her to wake up. It was Anirudh who said “Are you not well? Why are you sleeping at this hour? My secretary told me you rang for me and that there was urgency in your tone. I left the office immediately after the meeting. What happened?”
“Were you in your office or outside reveling? Did you tell your secretary to tell me you were busy in a meeting? How is your tummy? Any upset again as in the last week?” she bombarded him with questions.
“Deepika, what are you blabbering? Are you mad or what?” he asked in disbelief at her anger and abrasive tone.
“Here is the letter from your dearest K wanting another tryst with you. What audacity has she to send her love letter in a stapled envelope to our house?” she screamed.
As Anirudh perplexed somewhat was about to open the stapled envelope, there was a bell. When he went to answer, she also followed him hurriedly. It was the same Bihari security chap.
“Madam, galati ho gayi (There was a mistake. That letter is for Anirudh Srivastava saheb jo upar rahte hain (the one residing above) at 412.He asked me whether a lady had given me a letter for him and why I had not given. I realized then the mistake and ran up here,” he said.
Deepika grabbed the letter from her husband   and handed it over to the guard. She dragged the confused Anirudh to the bedroom saying “galati ho gayi, sorry” even as she hugged and smothered him with smooches.