Giving is a blessing 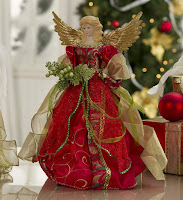 Born with a silver spoon in the mouth and blessed with a good natured wife and intelligent children, John Sebastian had nothing much to wish for. The only troubling thing was his embarrassingly protruding large tummy that hindered his easy mobility and evoked the amused smiles of passersby. Determined to get rid of the unwanted burden, he changed his dietary habits to Spartan food and to a strict regimen of long walk daily both in the mornings and evenings. The slightly dark, large and well maintained municipal park with clean pathways with flower plants and crotons on both sides in the sylvan surroundings was his daily haunt for his constitutional.
It was Christmas Eve and he was busy with his family and was consequently slightly late for his walk on this dark evening in the pathway of the large municipal park. Except for a very few old people spending their time on the benches close to exit gate, the park was desolate. The lighting was also not adequate with lamp posts far from each other. Being timid by nature, he was uneasy about walking alone in the dark areas, but was determined not to skip the forty five minutes’ walk prescribed by his doctor to keep his weak heart in good condition. Desirous of getting out of this dark and desolate patch quickly, he increased the pace.
Suddenly out of nowhere, a man emerged from the bushes. He was a big built man but his eyes were sunk and cheeks hollow betraying his indigent condition. He simply stood opposite John Sebastian in the pathway with his threatening physique but pleading eyes without uttering a single word.  Sebastian said in annoyed tone “What is your problem? Why are you standing in my way preventing me to proceed further?”
The man replied in a tremulous voice “I need some money immediately. Give me the money you have. I think you can afford it”.
Sebastian was afraid to argue with him considering there were none around to help. He normally carried a small amount with him for any emergency. He took his purse and gave it to him meekly. The man opened the purse and counted six hundred rupee notes. He kept one hundred rupee note with him and returned the purse with the balance.
“This is adequate for my needs. I am sorry for taking this money like this and this is the first time I am doing this. I am badly in need and did not know any other way. Please excuse me,” he said as he hastily moved away.
Sebastian was intrigued at this strange behaviour of the man. He was sure that the man was not a habitual offender and remembered how his hands trembled when he took the purse and counted the money. His curiosity thus aroused he followed the man at a safe distance. After passing through a few lanes he reached a hut. John Sebastian hid himself outside the hut the man had entered.
He heard the man crying and telling loudly to his wife, “I have become today a despicable robber taking away money from some stranger without earning it and my whole body is cringing in shame and guilt. God would never forgive me for this sin and my hands would surely be dipped in boiling oil in the hell.”
His wife consoled him saying “What other alternative did you have to save the starving children from death. They have not taken a morsel since two days and are weeping continuously in pain. No one around here is willing to help. Neither of us got any work even after much search. I am also not comfortable with this way. I will not ask you to do it again, I swear upon God. Please excuse me. When we get better off, we will put hundred rupees in the hundi at the temple”
Sebastian heard the man repeatedly beating his head with his hands and sobbing in remorse. Unable to bear this and to pacify him Sebastian entered the dimly lit hut. On seeing him, the man was startled and started crying loudly saying” Oh God, police have come to take me.”
Sebastian patted him on his shoulder and asked him to calm down telling him “Do not be afraid. There is no policeman,” and in placating tone told the man who was shying away from him, “There is nothing to fear. No harm will come to you. When you took only one hundred rupee note from the purse and returned the balance, I realized you are no criminal and that circumstances must have forced you to take this crazy step. My impression is vindicated by the feeling of guilt shown by you and the conversation with your wife that I overheard. I have forgiven you already. I have now seen your pitiable condition. You can work, if you are willing, as a gardener in my house from tomorrow. Follow me to see my house.”
He thrust the balance money in the hands of the incredulous and sobbing man standing before him with folded hands and said, “Buy some food for all of you and join for work tomorrow.
The man and his wife fell at the feet of Sebastian clasping his legs. The bewildered children too followed suit by falling on the ground before him. The man mumbled “Saheb, you have saved us from falling into a life of wickedness and misery. You are our saviour and we are beholden to you for life.”
Let no one ever come to you without leaving better and happier. Be the living expression of God's kindness: kindness in your face, kindness in your eyes, and kindness in your smile.” Mother Teresa

Posted by KParthasarathi at 2:32 AM