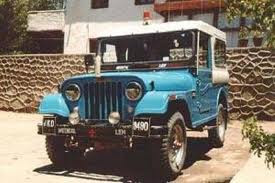 Suchitra was sitting alone in the corner room of the police station. The room was spacious with a few chairs and a large table. There was a long bench on one side. Luckily it was not hot with the fan in motion. There were constables walking outside in the corridor now and then. She was a tall young woman with long hair with bangs falling on her face and was clad in a jeans and kurti.

It was then a man in his early thirties was brought inside by two policemen and his hand was chained to a chair. They left the room without a word. His face looked youngish, hair well cut and his shirt and pant clean. There was no ruffian look about him though he looked pretty scared. There was an uneasy silence before he broke it.

“You seem a decent girl from a good family. How come you are here?” he asked. When she kept quiet, he added “You don’t have to answer if you don’t wish to”

“Not like that. I was with my friend from US in a hotel last night. There was a raid there possibly because of a rave party going on there. When there was commotion my friend left the room hurriedly as he was to leave for US next day. When the inspector found me in someone’s room, he thought I was a call girl. The inspector brought me here in the morning and is hinting at booking a case against me under immoral traffic act.”

“Don’t you have parents or husband to come to your rescue? It is not good to remain in police station for long” he said

“Yeah, infact I don’t like the leering look of that inspector. I suspect his intentions are not honourable.I am scared. My parents are old in a village. I am single and alone working in this city.” she replied. Then as an afterthought asked him casually “What brings you here? You look a decent and educated guy and give no indication of being involved in any crime”

He was silent and turned his head towards the door.“Don’t be afraid. No one will come. I expect the inspector only in the afternoon” she said

He said in a voice that was almost a whisper”I am not that innocent. I got into this wrong thing by poverty initially.” She cupped her ears and asked him to speak a little louder.

“You see I was born in a poor family with aged parents and wife and children to support. I had no regular job. That was when someone from this gang asked me to deliver some packet at some place for a good remuneration. The job was simple and I had to commute unobtrusively and deliver without asking any questions or showing inquisitiveness. I knew that something irregular was being done but I got easy money and the needs of my family were fully met” he said

“Since it was light weight and whitish in colour from the powder that spilled sometimes. I knew it was illegal drugs. But the income was so good that I never bothered to know” he said

“Sorry I forgot to ask you your name. I am Suchitra.You must be knowing generally where you pick the stuff and deliver” she asked

“Nothing in particular. I just want you to be careful with these guys. They are ruthless. You have a family to take care of” she said. Suddenly she signaled him to be quiet when she heard noise outside.

“Thank you. I am aware and wish to get out of this racket. But you know it is difficult and I would come to instant harm if I desert them. My family would be too exposed to danger. That is what is rankling my mind always. It is like riding a tiger” he said

“Are they only in drugs or anything else?”she asked

“I am connected only with drugs, charas, opium, ecstasy and things like that. I think they smuggle other contraband things too”

“I would advise you to keep safely the addresses of all the places you visit entered in a paper in some secret place in your house. Never trust them. Once they suspect that you may squeal under duress they will kill you” she said

"I am aware and have done it already” he assured her

It was then they heard a ruffle of feet outside. He placed his fingers on his lips and said ‘shhhhh’

The inspector along with half a dozen constables entered the room and stood deferentially in attention with a salute to the woman..Raj was baffled.

”Inspector, take him to your place and get all the details of places from him and carry out the raids immediately. They are ruthless gang. Take a good support staff. I think he will sing otherwise give him the treatment. I want all the people rounded up by evening” said Suchitra,IPS Superintendent of Police.

Raj in swore under his breath “you dirty bitch”

Someone caught him by scruff of neck and dragged him away after a hard slap.

Posted by KParthasarathi at 5:03 AM