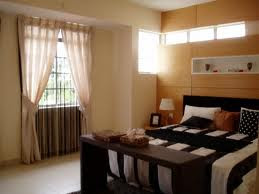 It was an arranged marriage .They had seen each other in family functions like weddings.Sumithra had no reason to reject when Sundar's family sought her hand. He was highly qualified, not exactly handsome and drew a good salary.Sumi too was well qualified working for a MNC and extremely fetching. They had no occasion to meet each other except for a couple of times before the wedding took place.
It was all hunky dory during honeymoon and the months that followed. His aged mother who was a bit short of hearing stayed with the couple. She was a good lady minding her own business and managed the house with a help. Everything was smooth till one day Sumi had come early from office and resting in her bedroom. She heard Sundar's car and as soon as he entered, he asked why the curtains were drawn making the room stuffy
."Someone from the first floor of next house is always watching our room and so I closed"Sumi replied"How do you know he is always watching unless you also look for him?" he said rather nastily.
Sumi was shocked but restrained her anger and said softly" whenever I come here I find him and so I draw the curtains. I am not able to appreciate your snide remark even if made in jest"
"Why would I jest when you and another man are stealing glances when I am not here? I don't like it. I hope you understand" he said insensitively.Sumi left the room crying at the wild accusation.It was a great jolt for her that a man could be so mean and suspicious and shuddered at the thought of living with the guy for entire life.
A fortnight later she heard someone calling and went to the front verandah. A young man from the opposite house requested her for the mobile number of a plumber who had worked in her house a week earlier. As she was finding the number from the mobile, Sundar who came just then asked her what the matter was.
"This gentleman who is living in the opposite house is asking for the mobile number of the plumber who worked for us" Sumi said.
Sundar turned to him and said in an acerbic tone “We are not running an enquiry cell here. Why do you come and trouble my wife when I am not here?
Both Sumi and the young man were shell shocked at the crude remarks. He quietly withdrew the next moment. Sumi was embarrassed beyond words and looked at her husband with derision.She said “I hate your suspicious nature. I never thought one could be as insecure and doubting as you are."
"Every time I come home early either you are talking to or staring at some man. Do you want me to turn a blind eye to your overtures" he shouted back
At that time his mother came and without knowing the context or hearing what they were talking about said innocently " Our Sumi spends sometime in the verandah to catch fresh air and look for vegetable seller."
"So you spend evenings in verandah flaunting your beauty as a past time, is it" he asked"Fie on you. I hate you. I am not prepared to answer all your perverted questions from a sick mind" she said and ran inside to lock herself in her room.
One evening there was a beer binge with office colleagues when someone remarked "Sundar is a lucky bloke. He has very charming and beautiful wife. That is the reason he does not bring her to parties” There was a loud laughter. Her great beauty was affecting his psyche and to overcome the inferiority complex he took delight in taunting her
.They stopped talking to each other and avoided being in the same room. She had caught him as she came out of shower rummaging her hand bag or scanning the mobile phone but had kept quiet. She did not divulge to her parents for fear of causing them anxiety.What turned out to be the last straw was when her uncle's son had come from New York, she took a day off and took him round to various relatives’ houses as he stayed just for a day. When she returned late in the evening, Sundar said "So you had good time with your long missed cousin, did you? Which resort you had visited?"
"Stop your foul mouthed innuendos. I am done with you. You are not fit to be a husband, even a human. Get lost before I become violent" she screamed
"So you have already planned to elope with that so called cousin of yours, is it?" he provoked her further
.She spat on the floor and left the hall.
In the evening he found only his mother alone." what did you do to that girl ?She was crying whole day, packed her things and prostrated before me asking for forgiveness for leaving me alone before she left by a taxi. I don't know what was happening but I feel you were torturing a very good girl. Go, apologize to her and bring her back" his mother said
“You know nothing, she is a girl without character" he said
"Wash your mouth with Dettol you worthless fellow. If you utter one more word against her, I will stop talking to you" she said in great anger.
The stalemate continued for two months till one day Sundar's colleague and her friend Hasina rang up to convey that Sundar has been suspended pending enquiries against complaint lodged by his secretary for cheating and sexual abuse.A poetic justice indeed,she thought.
Posted by KParthasarathi at 9:47 AM