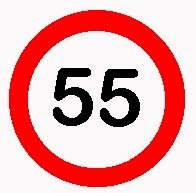 1. Offering
His prayer for job answered, he went to temple to drop his offering of 100 rupees in the hundi.The temple was closed but lines of beggars filled the entrance. He could see hunger in their eyes. Without second thought he distributed the entire offering money to them. The temple bell tolled as if in approval.
2. Ethics
She lay on the bed staring at him in his clinic. She looked cute and soft with golden hair. As he examined her belly slowly with his lingering fingers, she fluttered her eyes. He ran his fingers again over her body He resisted the urge to possess her, as she jumped on the ground purring.
3. Lonely path
News papers were awash about recent molestation in that area. She still chose the desolate park at night being a short cut to her home. To her horror she saw a stalker walking behind her. She ran to the main gate and turned to see the new patrol policeman waving at her from the park
4. Violence
What started as banter turned violent. Though 15 feet away, she could hardly follow the quarrel between the two goons. Her heart missed a beat when one of them whipped a knife and plunged it deep in other’s abdomen. As red blood gushed, the attacker turned his gaze at her. She quickly shut the television.
5. Tell me again
It was their first date. They snuggled closer as beach wind was cold
“Can I ask you one thing? Do you get angry?” she asked
“No, my darling “he whispered into her ear
“Tell me again”
“I don’t get angry, sweetheart”
“Say it once more”
“You blockhead! Are you deaf or what?”he shouted in anger

Posted by KParthasarathi at 12:28 AM