A lesson on magnanimity 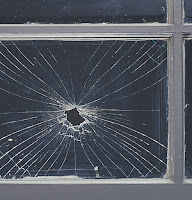 With World Cup in full swing, I thought a story on cricket  would be topical
I remember as a young boy I used to play cricket in our colony about decades back. There was not much of vacant space for playing except the side road in the colony. Three sticks of different heights did the duty of stumps with a broken brick serving as the fourth stump. There were half a dozen boys of varying ages and heights forming the team. Discarded tennis balls were donated by the dad of one of the boys.
Two hours in the evening till the shadows lengthened were sheer thrill and joy for us. The high decibel noise and shouting were not objected to by the elders though one old gentleman Bhaskar Rao living adjacent to the playing area did not relish the game being played there. He often came out and remonstrated with us saying “You are all shouting too much and are a daily nuisance. This is not a playground. Why don’t you go and play in the corporation ground in the next street?”
We would plead with him “Uncle, we will not shout or make noise. Please allow us to play here as older boys are playing in the corporation ground and do not allow us to enter the ground.”
“I don’t wish to hear all your excuses. I am not going to allow you fellows to play here anymore. I will complain to the Secretary of the colony in writing though I know his son Mukesh is one of your gang” he said.
Nevertheless, he had never written or spoken to the secretary and we continued playing merrily. One day Mukesh had brought his cousin an older boy. Short and stocky fellow, who fancied himself as famed Everton Weekes in his attacking style, hit a ball hard on the window of Bhaskar Rao’s flat. Luckily the ball hit the wooden frame and the glass was spared. The old man rushed out of the flat to survey whether any damage had been done to the window.
I said “Uncle, nothing has happened. It just hit the frame. We will be careful in future.” Without uttering one word he took the ball that was lying near him and went inside. All our pleas for the ball fell on deaf ears. When he did not open the door, I remember to have pressed the bell at regular intervals, sometimes nonstop for long duration much to his annoyance.
He came out seething in anger and exploded “You rascal, how dare you press the bell like this continuously. I will complain to your father in the evening. I have no intention of returning the ball” He slammed the door and never opened despite our shouting. The day’s play had to stop as there was no spare ball. As we dispersed I took a small stone and hit the glass of the window directly making a small hole in it. I ran away quickly before he came out.
I was a bit scared that the old man would catch me the next day. But surprisingly we found the ball lying on the ground and he never came out to make noise about the window pane. When there was no mention of the broken glass even when I crossed him on the way to my school, I felt guilty. I could not return his smile and instead I hung my head in shame. His stony silence about the incident made me all the more uncomfortable.
When I told my mom about my rash behavior in anger that day, how I broke the glass and his stoic indifference, she said that Rao had lost his only son of my age years ago while playing cricket. When he was fielding at close quarters, it appeared the ball, not a tennis ball, hit him on his head near the brow and the poor boy died the same night. My mom felt that It was basically the fear of likely injury to youngsters that made him paranoid about cricket.
I could not sleep that night. I had saved about three hundred rupees from the gifts for my birthday. The first thing in the morning I did was to go to his house and fall at his feet. He lifted me up and said with a smile “Raju, why are you prostrating? Any examination today or birthday for you?”
He saw me crying and hugging me, he asked “What happened? Why are you crying? Tell me.”
In sobbing tone, I remember to have said “Uncle, you must pardon me. I was the wretch who broke the window that day in anger when you did not return the ball. Here is three hundred rupees that I had saved. Please accept it. It would cover the cost of putting a new glass. I never knew why you did not like us playing cricket till mom told me last evening. Until you forgive me, I cannot look straight into your eyes.”
“Wait a minute” he said and came back with a new cricket bat.” This was bought by my son a week before he had the tragic accident. I am not against cricket when played with protective gears. Take this bat, I gift it to you as it can be put to better use than being just an article of memory. I do not need your money. I will get you batting pads, abdomen guards and a pair of helmets. Although you play normally with tennis ball, I have seen you people playing on occasions with cork ball. The boy who fields at  short leg position should always wear a helmet. Forget about the broken window.  I have left the window deliberately unrepaired as it would make you all play carefully. “
I remember fondly even after about thirty years, the kindly face that taught me a lesson on forgiveness and magnanimity.

Posted by KParthasarathi at 4:38 PM