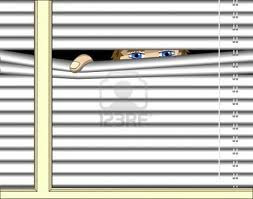 Ambi was 11 though his chubby childlike face made him look much younger. Every vacation he comes to his grandfather’s place for two months. There were boys of his age to play with, a big temple and a large river with water flowing always to lure him. His grandpa’s house was a big one but narrow and very long. Except for the structure in the front with a first floor, the rest were a long line of many tiled portions of two rooms and a kitchen. Grandpa lived with his two sons in the front building. His room was in the first floor overlooking the temple and the river behind it. It was not a planned structure with several rooms added at different times. There was one small room with shelves on three sides with books that uncles used. This was where Ambi did his homework in the afternoons. Grandpa taught him English grammar, essay writing and algebra/geometry. Adjacent to that there was an unused room called strangely Gandhi room, where there were broken chairs, big boxes the contents of which are unknown, tall stool and many sundry unused items. There was however a long and wide bench by the side of window. The room was never locked but still had the smell of stale air. There was no bulb in the room. The only connection to Gandhi was a big picture of Mahatma hung on the wall. Ambi could watch the room through the window in his room. He kept the window closed mostly leaving a small opening for him to see without being seen. These two rooms were adjacent to a wooden stair case and anyone had access.
Grandpa was a kind hearted man and let out the portions to his distant but poor relatives for very small rent and some defaulted even in paying regularly. Suffice it to know a few characters in these portions for our story.Alamelu a 35 year old plump woman who was fair and charming lived with her 45 year old husband afflicted by tuberculosis and looked a 60 year old emaciated man. He coughed constantly and stayed at home mostly. They seemed very poor. In one of the portions there lived Varadhu a muscular well built man of about 30 with his mom. He worked somewhere in night shifts. In one of the rear portions, there was Gopu an electrician and a plumber who went out whenever he had work. He was a bachelor living with his cousin Chinni looking for a job. It appeared to Ambi that these men never went out and always stayed at home. He had some unexplained aversion for them. Ambi is an introvert not given to talking.
One afternoon as Ambi was doing his homework, he heard the shuffle of feet. He peeped through the opening and saw Alamelu aunty walking hurriedly and entering Gandhi room. He soon saw Varadhu enter the room and close the door. Ambi continued to watch through the small opening till Alamelu aunty came after about 30 minutes. She quietly hurried her way through the staircase. Ambi saw Varadhu emerging after a while. The boy only knew that something wrong was happening though he did not know what. He started to keep a watch daily. Two days later the boy saw Alamelu aunty and Gopu entering the room. After about one hour he saw Gopu giving aunty something before she pushed it inside her blouse. This happened regularly with Varadhu or Gopu and only once he saw Chinni.
One day as Ambi slightly opened the window door to get a better view aunty came out of the room unexpectedly a little earlier. When she saw from the corner of her eyes, Ambi watching her come out with Varadhu panic struck her and she literally ran down the steps. For almost ten days Ambi did not see Alamelu aunty come to Gandhi room. One evening as he was in the temple, Alamelu who was there smiled at him. She came near him and said “Ambi, I am very happy that you are learning lessons from your thatha (grandpa).Have this orange given at the temple.”
Thanks aunty, give it to uncle. He is sick” Ambi said
“True, his condition is worsening and I am to spend a lot for his medicines. By the way I wanted to ask you one thing.That day what did you see through the door? Is it not improper to peep like that?”When Ambi kept quiet she prompted him saying “I know you never tell a lie. Do tell me what you saw”
The boy innocently said “I saw you and Varadhu uncle coming out. I have seen many times even with Gopu uncle”
“Siva, Siva, I come to take some money for treatment of uncle. I did not want uncle to know that I am taking loan for his treatment. Do you understand?” she said. But she could see the disbelief writ large on the child’s face. She asked “Did you tell your thatha?”
“No, I promise I haven’t told anyone” the boy said proud that he could keep a secret. He added”Aunty, I don’t like them. They are wicked people. Please do not meet them”
Two days later as the boy was at the river, Varadhu and Gopu came to him and said “Your thatha (grandpa) wants you urgently. Get on the motorbike”
That was the last Ambi was seen. Intense search in the river, temple tank and other places were made. He was not traced. Alamelu anxiously asked Varadhu and Gopu “What did you both do to the innocent kid? I hate you both. Don’t ever appear before me”
“Do not scream Alamelu. There is no one to spy on us anymore. Be happy” the two said laughingly
She spat on them and left weeping inconsolably. Little did the two wicked men know Ambi had written all the details without mentioning aunty’s name in his homework note book?
Posted by KParthasarathi at 5:08 AM