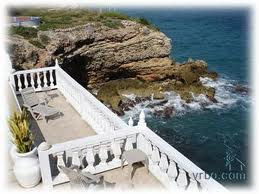 She got up with a start when she heard a car drive in. She did not know how long she was lying prostrated before her husband’s grave. The grief of sudden separation was heavy on her heart and the loneliness was killing her. It was exactly six months he died and she came here with a bunch of flowers. She spent long time crying and lost in the thoughts of the happy days spent together though for a brief period
It was as if the terrible accident took place only the other day. It changed her life topsy-turvy. She lost her husband and two month old baby in it though she escaped with minor injuries. A speeding car in the adjacent lane lost control and swerved towards their car. Her husband to avoid the collision turned sharply to the other side and hit the divider. That car crashed into hers. She heard there was casualty in the other car too. Whatever it may be, the driver had no business to drive so fast as to lose control and cause death to innocent persons. Her anger had not subsided though she had not followed up due to the pain of loss and her own injury.
As she was getting up from the spot opposite the grave , she heard a shrill cry of a small infant and she turned towards the car. She saw a young man in late twenties struggling with a small baby girl of say eight months in one hand and trying to take out something from inside the car. It was dusk and the sun was going down fast it seemed. There was hardly anyone. She rushed to him and offered to hold the baby. He hesitated for a moment when he saw her swollen eyes turned red by crying and then when the infant’s cry became hysterical, she virtually snatched it from him. May be the softness of her arms or the gentleness with which she was holding the baby stopped crying instantly. It looked at her face and broke into a smile.
She walked behind him to the grave. He looked at it and walked around feeling the marble structure with gentle care. He kept the wreath and looked at it for a long time with tears in her eyes. She did not know whom he was grieving for but desisted from asking. When it was time to leave, he extended his arms to take back the baby but the baby clung to her and started crying when he tried to take the infant.
She said “It is o.k. I will hold her for some more time. It is funny she has got attached to me so soon.I am Susan Mathai”
Thank you, Susan. I am John Sebastian. I lost my wife in an accident and struggling ever since with this girl. I have employed a nanny but the baby would not accept her. I work from home thanks to the understanding employers. Where do you live? I can drop you on my way” he said
It was with difficulty he wrenched the child from her. She felt sorry for the baby and was drawn to it. She said “You may leave it with me in the day time. I am alone and would love to be with infant”. He was touched and promised to do so whenever he found a need.
The next morning itself he came with the baby and said “She hasn’t stopped crying whole night. I could not sleep even for a few minutes. Give me a ring any time to this number I will take the baby.”
When he left she took the baby to her bedroom and could not stop the urge to nurse the infant. She stopped crying and soon started smiling. This became a daily ritual. John and Susan became friends as he started coming frequently. One day he came in a different car. “Is this new?” she asked.
“No, the old one was involved in the accident. It has undergone major repair and overhaul” he said. She mentally noted the number.
It seemed to her that he was getting drawn to her and found some pretext using the baby to be with her. She found him decent but was in no mood to think along romantic lines as the grief in her for her hubby was overwhelming and fresh. After he left she took her diary where she had noted the number of the vehicle and found to her utter shock, it was the same vehicle that ruined her life. In an instant she developed an hatred for him and wished he were dead as her husband was. But her feelings for the baby remained unaltered and she wished it was with her ever.
The next day when John came, she tried her best to disguise her feelings of loathing for him. But he was shrewd and said ”Hey Susan, aren’t you well? You seem a little out of sorts.”
“No, nothing of that sort. Just some headache” she replied.
“Then let us go to the restaurant and go to the terrace, have the panoramic view of the cliff and the lake below, have fresh air and dinner before we come back” he suggested.
They strolled around the restaurent, went up the terrace. The wind was blowing fast and it was exciting and all fun till the accident occurred. When they were watching the landscape below, he tripped and fell over the low railing.
Susan with a smug grin walked down the stairs unhurried with the baby in her arms, her own henceforth.

Posted by KParthasarathi at 12:35 PM