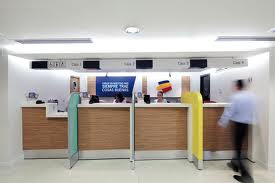 Velu is a school dropout. He lost his father when young. His mother worked at various homes as domestic help. His uncle, mom’s brother, got him inducted for training in several shops-a cycle repair shop, an automobile workshop, an electrical repairing unit and even a plumbing outfit. He would not stick on even for a fortnight and did not like hard work. He fell into bad company, started smoking cigarettes thrown by others, drinking cheap liquors and picking pockets. Uncle gave him up as a lost case but still showered his affection on him. He used to give him some money once a while and plead with him to mend his ways. Uncle had a daughter whom he wished to give in marriage to Velu if he became good and responsible. But it was not to be. Picking pockets in crowded bazaars and snatching bags from unwary old women was easy. He avoided buses for practicing his trade as it was risky with police in plain clothes. But he wanted to make big money and was looking for ways to do it.
After he saw an old Western film where a man robbed a bank brandishing a gun, the idea caught his fancy. He had never gone into a bank till that day and had no idea of its working and where money was kept. He visited a couple of times the local bank that was at the outskirts of his town close to uncle’s house. It was not a crowded branch and around 12 noon there were hardly any. He took a toy gun that resembled like a real one. He had filched this from his uncle’s grandson.
The teller was a plump lady around 45 with thick glasses. There was no one except an old man at the other end.Velu tapped gently with the gun covered by kerchief and showed a paper with words “This is a holdup. Don’t scream. Put the money in bag and give.”
The woman became pale in fear as he moved the gun up and down. She quietly put all the money in the bag as commanded.
“Be quick. Don’t leave anything behind” whispered Velu in gruff tone.
As she was about to hand over the bag to Velu, he heard a loud but familiar voice from behind.”Hey, Velu, what are you doing in the bank? Do you have an account also? I knew you will turn a new leaf”. Velu turned and saw his uncle approaching him. Suddenly he started perspiring when he saw his plan going awry.
When uncle came near and patted him, he saw the gun in the hand.”Hey, what is this? My grandson has been searching for his toy gun ever since you came to our home. Are you having fun threatening the cashier with a fake?”
Immediately there was a loud shriek from the cashier "Save me, it is robbery." The other officials came running and pounced upon Velu.
Velu is doing time in jail and his uncle is frantically looking for a match for his younger daughter.
The moral is never rob a bank near uncle’s home with a stolen toy gun.
Posted by KParthasarathi at 12:30 PM